3 Simple Steps To Change What You’re Putting Up With 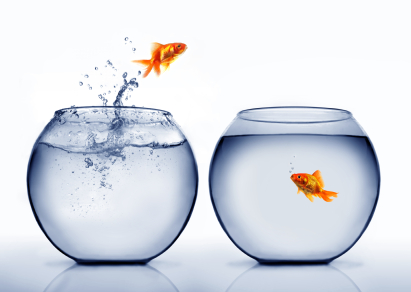 Are you putting up with something that you’ve gotten so used to putting up with, it just seems normal, even though you feel frustrated and even stressed? If yes, then me too.

Three weeks ago I upgraded my laptop. My new one was supposed to be really fast. Happy days. But happy days they were not. My internet connection dropped out continuously. I persevered, waiting and hoping things would change. They didn’t. I put up with more “server cannot be found” messages than I ever want to see again. I got used to feeling frustrated, working slow, and working longer. Eventually my new laptop was labelled defunct – ‘dead on arrival’– and was swopped out. Phew.

In reflection, the whole drama should have taken a week, not three (dealing with my ISP, laptop manufacturer and computer retailer in tandem admittedly took a little time). My mistake.

What are you putting up with, settling for or tolerating at work?

Here are 3 ways to change your thinking and motivate yourself for positive change where you control the outcome.

1. Get real. Evaluate what it’s costing you to put up with it.

Is it costing you time, relationships, stress, work life balance or something else? Is it worth it? What will it cost you if nothing changes? Are you willing to pay that price?

Understanding the enormity of the actual costs is a great motivator for change.

2. Decide what you want instead

Rather than focusing on what you don’t want, focus on how you want it to be. Be clear about it and be able to articulate what it is. Make what you do want compelling and worthwhile so you’re motivated to create it.

Decide the first step and focus on that so you don’t get overwhelmed by the big picture. Think of each step like you’re climbing the rungs of a ladder. You won’t know what you’re capable of until you get into action.

Back yourself and have a tough conversation with someone if you need to. People can’t read your mind. They can choose to listen to what you say. Also remember that your perception might be vastly different to theirs.

Ultimately, you’re the only one that can create the change you want. Wishing, waiting and hoping for things to change around you isn’t useful. Getting out of your comfort zone will be worth it. As they say, no pain, no gain. And it mightn’t be as hard as you think. Is it time to start climbing the ladder?

What are you going to stop putting up with?