How to have tough feedback conversations that help people grow 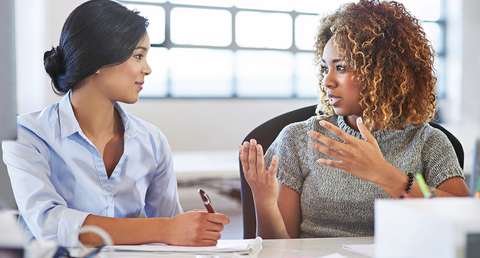 Have you ever put off having a tough performance feedback conversation – where you instead, hoped and waited for things to change – and they didn’t?

Putting off tough conversations costs everyone

Tough conversations are emotional. We step into uncertainty and vulnerability – which makes them hard. People are complex and generally don’t like change. Many people don’t appreciate they’re not open to feedback that’s not positive. And things aren’t always black and white.

Jim moved into a new regional leadership position and discovered his team were operating in an environment underpinned by a lack of accountability and sense of entitlement. Jim’s challenge was balancing being the ‘good’ boss – wanting to ensure his team felt valued and appreciated, versus being the ‘bad’ boss – bringing in consequences if the behaviours and attitudes didn’t change.

How do you move people from apathetic to accountable? From entitled to empowered?

You can’t change someone’s mind – however you can influence their thinking.

Research from The Corporate Leadership Council showed that regular feedback outside a formal process, that is fair and accurate, is likely to improve performance by up to 40%.¹

People don’t want to be told what to do – they want to be shown how to succeed.

Regardless of whether your report sits on the performance spectrum, they’ll be much more empowered to take the initiative, put the effort in, and create change for themselves when they:

Ensure someone understands the conversation relates to their attitude and/or behaviour – not their character. People are NOT their behaviour. No one is all good or all bad. We all fear not being good enough. You can’t empower someone when their focus is on protecting and defending themselves.

2. SEE a compelling ‘why’ for change

Someone needs to be able to see the opportunity for themselves in a way that interests or even excites them. Their ‘why’ has to be intrinsically meaningful so the powerful questions you ask to shape their thinking matters.

3. KNOW they have what it takes to change

Focus on their strengths and past experiences, where they tapped into the resources and resilience they needed – if they did it then, they can do it now. Help them to believe they have everything they need to move forward, with your support.

Real leadership is centred in growing and developing others into their potential. That’s why feedback conversations are a skill worth investing your time in. Giving feedback is much more than aligning on goals and actions.