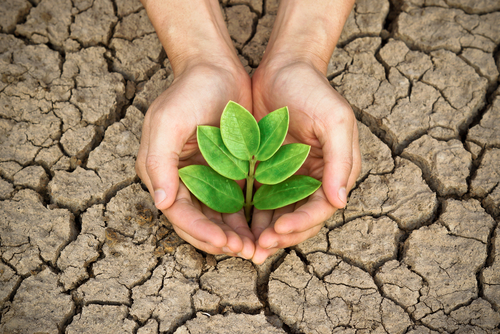 What’s your big idea for this year, where, if the idea came off, would create an achievement you’d be really proud of?

Big ideas come from people who are prepared to think differently

I’m super proud of my Dad. I grew up in Ngatea, a small dairy farming town of about 800 people in New Zealand. My family was a hockey family. Dad represented NZ in hockey his early twenties and has spent most of his life contributing to hockey in some way. The joke goes that my sisters and I learnt to walk holding a hockey stick as we used to spend so much time on the sidelines watching extended family play. Dad went on to coach many representative hockey teams over the years including ones my sisters and I played in. Growing up, we played hockey on grass fields where you got pretty muddy when it rained (and hockey was a winter game!)

I’ve just come back from spending Christmas with my parents. One night, over a brandy and dry before dinner, I quizzed my Dad (photo of us above) on what he felt was the achievement he was most proud of. “The turf” he replied.

Everything starts with an idea

New Zealand’s biggest cites – Auckland, Wellington and Christchurch – were first to have an astroturf (artificial grass surface) for hockey. How did the smallest hockey association in NZ, based in Ngatea, get to have one too? It started with my Dad’s idea. He believed that having a turf in Ngatea would ensure the ongoing development and long term success of hockey in our area. In 1992 Dad initiated and led a community-based project that raised over $550,000 in 6 months. How did Dad do it? With the passion and commitment needed to own, drive and deliver a big idea from inception through to execution. Three things stuck out to me as Dad shared stories about the turf project.

We get used to limiting our thinking by being reactive, task-focused and fitting into a larger cultural environment. Taking time to think, to expand and challenge our thinking for what is possible is how ideas are created. Belief comes first. You have to believe in the possibility of your idea and not be put off by self-doubt or roadblocks. The meaningful work worth doing is never easy but it’s ultimately the most fulfilling.

Take a chance. Test yourself and push the boundaries – Richard Branson

2. You cannot build anything great on your own

Find good people who are willing to get on board with your idea – people who share the same vision and commitment as you. People are the lifeblood of any project and you can sometimes find support in places you wouldn’t expect.

In the spirit of trust, everything becomes possible.

Leadership is about timing. Sometimes things will work in your favour and sometimes they won’t. That’s life. When the stars are aligned, leverage what you can – whether it’s knowledge, skills and expertise or having the support of key decision makers around you. If you don’t ask, people can’t say yes.

Dad talked about luck and the power of ‘who you know, not just what you know’. For example, the CEO of the bank that approved the $200K loan required to complete the turf also grew up in Ngatea. He and Dad were tennis buddies and kept their friendship up over the years. Connections matter!

If you had to succeed, what would you be prepared to do?

Like anything, change starts with an idea. Success is only created through execution which inevitably involves challenge, setback and perseverance. We create our own luck. The juice is in the learning along the way and the experience of ‘making it happen’. Before you get straight into busyness again this year, take a moment to think about a big or bold idea that you could own, drive and deliver in your role this year. I’d love to know what it is and how you are going to cultivate it so that when the time is right, you can bring it to life.